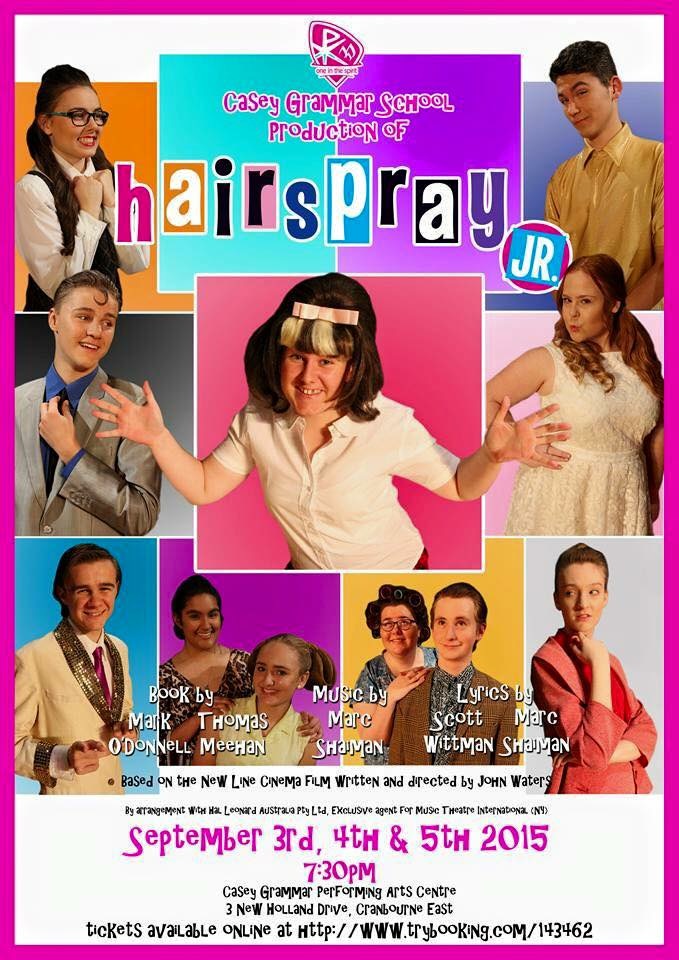 This weekend I was lucky enough to make it to my nephews’ school production. I hadn’t previously been able to attend previous school shows so it was great to be there and even better that both the two older boys were involved this year. We were all booked in for the final performance on the Saturday night, although my sister and I did sneak in and catch the Thursday night show without telling the boys in advance. Given the boys were so nervous we wanted to be there to support them but thought it would make them more nervous knowing we were in the audience. They did appreciate having us there when they found out about it after the fact. While it was a high school show and unfortunately experienced some technical glitches with the microphones, it was great.

I have always thought that some of the best memories and valuable skills you learn from high school are not about the classes and graduating but the extra stuff you get to do along the way. The musicals and shows, public speaking, sports, camps, school bands. The stuff that doesn’t get you your final score that gets you into university or whatever you want to do next but from which you learn more about yourself and other people than you could ever learn in a classroom. I loved the extra stuff I did in school, from public speaking and debating, to sports, school band and school productions. Basically, anything they would let me do I did and I was grateful later that I had taken the opportunities that came my way. I was happy to see that the boys had taken the opportunity to engage in similar experiences at school.

My nephews definitely have far more singing and dancing abilities than I ever did and both had lead roles in their production. Having not seen them in something like this before I was both excited and a bit nervous for them. They had put in so much work and were both looking forwards to seeing their hard work pay off as well as being a bit anxious about it all going well. I myself found I would watch the songs where they had solos holding my breath slightly until they were done. I needn’t have worried and neither should they. Their hard work really did pay off and they both performed really well. I hope that the memories they have from this and everything they get from participating in the show stays with them long after the curtain closed tonight.